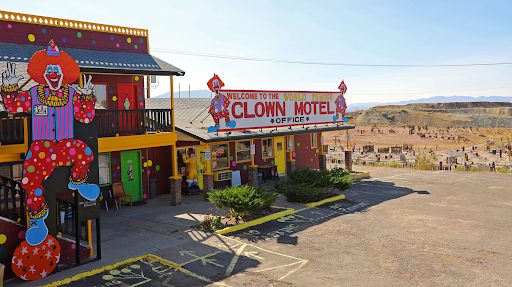 It's been a few weeks, but I thought I'd give a recap of our trip from Oregon to Virginia.  It's been an adventure to be sure, and it's taken a while to all sink in.  In a lot of ways, the journey and the culture shock give it all a veil of unreality. January 5th I left off our story on the Afternoon of January 5th.  We left our home in Amity at about 2 pm, and after our sheep/llama rodeo in the rain, we had everyone loaded and we took off for points south.  Our goal on the first night was Reno, Nevada, the Boomtown Casino Hotel.  In retrospect, that was ambitious (or foolhardy). If we'd left at some early morning hour, like we were intending, then it would have been doable. Leaving at 2 pm, it was nearly impossible.  Reno is 514 miles from Amity, or about 10 hours according to google.  Realistically, it's more like 12 hours, with stops for fuel and bathroom and etc.  That would put us in at 2 am, if it weren't for the weather. It was raining and sort of sn
Post a Comment
Read more

Virginia Adventures XI - A lack of time and space

January 07, 2022
We were supposed to close on 12/22, and have 2 weeks to sort everything out for the move. Due to a snafu (The appraiser for the buyers put down it was a private road, when we actually live on a public road, and that screwed things with the VA) the closing was pushed back to 12/28. That gave us a week less to do the stuff we needed to do in two weeks.  So, we packed like crazy for the previous week, but still had to leave out stuff to live on. We intended to purchase a canopy on 12/23, that got pushed to 12/29.  Then, we found out, the canopy didn't fit. So we started to search for one: Used, new, anywhere from Seattle to Roseburg. There was no canopy to be found. Enter Colvin Ford.  They had a brand new 2020 F350 that, while it had a short bed, had a canopy. So, we traded our 2016 for the 2020 with 3400 miles. The previous owner had rarely driven it, and we're going to put more miles on it in a week than he did in a year. We have provisionally named her Black Betty White (in h
Post a Comment
Read more

Virginia Adventures X - The Quest for the Missing Documents

January 07, 2022
Most of you know that we've closed on both houses (here in Virginia), but you haven't heard HOW we closed. Let me explain.  No, there is too much. Let me sum up: On December 28th, we knew the physical documents we had to sign for the Virginia house had entered the state of Oregon, but the Lawyer in Virginia had accidentally put the wrong address on the envelope. We signed on our house in Amity at 9 am, and hoped the documents would get to the title company by the UPS East Coast cutoff for return to Virginia. The title company thought that was 3 pm. UPS delivered to the title company at 9 am, but all they had was the buyer's documents for the Amity house. We called around to the lawyer and UPS, got the tracking number, and Etc. At 2 pm we found out UPS had the documents, at the Tualitan center. We could come get them, but we could not bring them back to the notary, get them signed, and return them to UPS. We hoped in the car, and drove to the title company, kidnapped the no
Post a Comment
Read more 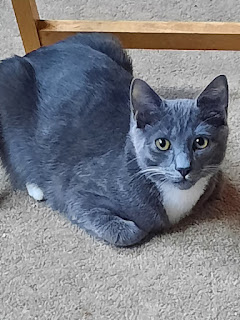 Since my last post, so much has happened that it's been hard to keep up. Let me explain.  No, that'll take to long; let me sum up: We have an agreement to sell our Amity house to some lovely folks from Arizona.  They are set to take possession January 5th, 2022. We had an appraisal on December 8th, which went quite well, HOWEVER; The appraiser said that we live on a private road, which is incorrect.  We live on a publicly owned privately maintained road, which is a whole different beast.  Normally this wouldn't be an issue, HOWEVER; The buyers are getting a VA loan, and they require that the road either be publicly owned, or there be a maintenance agreement among the owners in place so that the road will be maintained to county standards. Because we are incorrectly listed as being on a private road, and there is no maintenance agreement, it threw the whole transaction into jeopardy! The effect of all this is: we were set to close on December 22 (tomorrow) and that won't
Post a Comment
Read more

Virginia Adventures VIII - What a difference a Month Makes 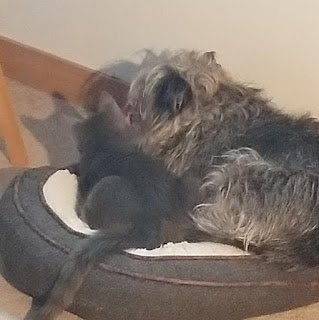 My birthday was November 6, so we didn't think about the house too much, but we had two showings.  One of them was a facetime walk-through with some folks from Arizona.  The people had found a new job in Oregon, and needed a house with some property. We're happy to oblige. On November 14, we reached an agreement for the sale of our home.  There are still some things that need to fall into place, but it looks as though we're moving to Virginia early next year. All of my processing of this is complicated by the fact that I've got some sort of illness: flu, RSV, something.  Not Covid, we've been tested for that.  Something else, that just seems to linger.   It's making things sort of muted. But I'm excited, the start of a new adventure.  We're finally getting out of neutral, now for the Preparation, the Great Road Trip, and the Settling In. More later, when I'm not quite so ill.
Post a Comment
Read more

Virginia Adventures VII - The Ecstasy of Success, the Agony of Defeat 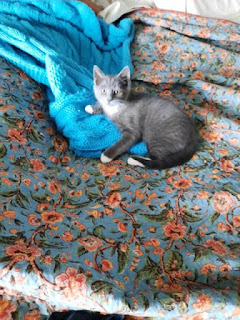 We had an offer!  YAY! It was about $70K less than we wanted. Boo. We countered, came down in price.  YAY! They refused. Boo. Back to Square one.  One of the hardest parts of this, is we have to give up two of the equipment pieces we wanted to purchase, so the owners of the new place can afford to keep the Virginia property going while also having the Florida place they just bought. The whipsaw effect is the worst. I was getting all geared up to get packed and out by 11/20, and now I have all this drive and the route has been removed.  All dressed up, no place to go. Now I'm at a loss again. On the one hand, I keep packing. On the other, we're starting to run out of stuff to pack, that we don't actually need.  We've already run into the fact that some of the stuff we like cooking with is in the unit.  Thinking about some road trips. Never been to Crater lake. Might drive down to Ashland, spend the night, then go see the lake. One thing I'm looking at is the astrolo
Post a Comment
Read more

October 06, 2021
Still. Waiting. We've had showings, but apparently our property is not what the buyers are looking for: either there's not enough room for their RV, or they don't like the finishes in the house (like, the baseboards, the cabinets, etc).  We've talked to a cash buyer, but their offer is SO low, like $150,000 lower than our agent says the property should go for, that we can't in good conscience accept it. We talked to the folks out in Virginia, and they need to make some choices as well. If this is going to take a while, they're maintaining two properties: one in Virginia, one in Florida. They're willing to be patient, but they're going to need to make some changes. One of the changes is to the equipment that we were getting with the Virginia property. The excavator will probably be sold if we don't get a good offer by next Wednesday.  The RTV (a little farm cart thing) will probably also be sold. Neither of these are great losses from my POV, but it
Post a Comment
Read more

September 23, 2021
As Tom Petty said, it is the hardest part. The house is staged. The property is fairly empty. The weather is turning. And adventure awaits, and all we need is the firing of our starting gun. That gun, in this case, is an offer on our property. It has not been forthcoming. Everyone says 'Oh, it'll sell so quick.' So far, that has not been the experience. I try to keep in mind the statistics: Oregon houses our size have been taking 30-60 days to sell recently, with some going very fast and some taking a bit more time. We've been keeping an eye on the market and the competition, and trying to find the sweet spot where we get showings with potential buyers. The Real Estate agent has been trying to soften our expectations, but mostly we thought we'd have accepted an offer and be scrambling to get packed and waiting on the closing date. As it is, we're just... waiting. It's not so hard on me or the kids: work continues, and although we are all chomping at the bit
Post a Comment
Read more
More posts