Why do we say Holy Ghost?


I went down a bit of a linguistic rabbit hole today.

One of the FB groups I’m on posted “Why do we say Holy Ghost? Is it a ghost?”

After the first minute of smacking my head, I started really looking into the question.

Ghost is an English word of Germanic origin, which is used to translate spiritus from latin into old English. It’s first used in Old English as such: sē hālga gāst is Old English for “The Holy Ghost”. Spirit didn’t enter English as a translation for spiritus until the Middle English Period (after the Norman Conquest, when the Normans brought more French and Latinate words into English).

Ghost and geist are direct cognates, from English and German respectively. Geist has a meaning of spirit in the supernatural sense, as well as the meaning of apparition and of something having a frightening appearance. It also has a sense of furor or agitation, a sort of ecstasy. Thus, a sense of being filled ‘with the Holy Ghost’ carries a sense of ecstatic experience. Geist can also refer to a ‘spirit of wine’, alcohol (like the English spirits).

Latin spiritus is used to translate greek pneuma ( πνεῦμα), meaning breath, vital spirit. The German geist was thus also able to take on this meaning in the Christian era.

Geist is also used as a translation for French esprit, which brings with the idea of mind or thought: intellectual brilliance, wit, innovation, erudition, etc. However, this is a later meaning in German, from the 18th century. Ghost never has had this meaning. Compound words in German give us English loanwords like zeitgeist (“spirit of the age”).

French esprit is a word that can be translated as thought, and also a word for spirit in the English sense. So the Holy Spirit in French is Esprit Saint, much like the German Heilige Geist. The German/French meaning of thought for the word used to translate spiritus informs the Apostolic Johannite Church’s construction of the Trinitarian Formula.

In many places in our liturgy, we refer to the Trinity as the Father, the Word, and the Thought. Since the AJC comes out of the French Tradition via l'Église Johannite des Chrétiens Primitifs and the Lévitikon, we find it appropriate to use that meaning of Esprit/Geist in the translation into English.

Personally, I find this linquistic construction to have a wonderful esoteric meaning, especially under the idea of lex orandi, lex credendi (loosely, “what is prayed is what is believed”), that when we pray to the Father, the Word, and the Thought we have a wonderful spiritual interaction between the source of all things, the expression of those things, and the internal mental reception of those things. And all of these three (source, expression, reception) interact to form our experience of reality: What is, how it is expressed, and how we receive it, are three parts of the journey of existence we all travel upon.

To bring us back to the start, the reason we say “Holy Ghost” is because of a complex interaction between linguistic traditions. In the AJC, we prefer the idea of intellectual contemplation to the vision of an apparition of a frightening God.

Popular posts from this blog

October 25, 2005
A reasonable summary of the concept of the "Egregore" can be found at the following link: http://salemos.tripod.com/index-50.html My question is this: Does anyone share my feeling that Freemasonry has an egregore that is fed by performing its ritual, regardless of the intent of the ritualists? In other words, for those of us that are inclined to find a truly deeper spiritual aspect of our Craft, is there truly a "house not made with hands" that is sustained by the many who regularly perform the ritual, but which - at least on a certain level - is only accessible to those "with eyes to see"? Many people are attracted to Masonry looking for a deeper level of spirituality than they can find in daily life, or in a merely personal, individual search. For many, contemporary Freemasonry is a disappointment in this regard. Yet the power of its symbols & rituals are undeniable. I, however, feel that Freemasonry has an inherent "built in" spiritu
Read more 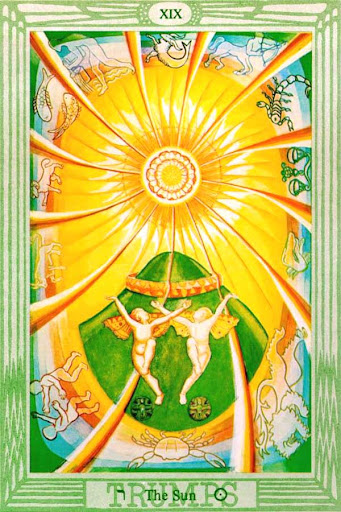 The sun came out. Many things were brought to light. And it was good. What? They can't all be deep. Psalm 36 The transgression of the wicked saith within my heart, that there is no fear of God before his eyes. For he flattereth himself in his own eyes, until his iniquity be found to be hateful. The words of his mouth are iniquity and deceit: he hath left off to be wise, and to do good. He deviseth mischief upon his bed; he setteth himself in a way that is not good; he abhorreth not evil. Thy mercy, O LORD, is in the heavens; and thy faithfulness reacheth unto the clouds. Thy righteousness is like the great mountains; thy judgments are a great deep: O LORD, thou preservest man and beast. How excellent is thy lovingkindness, O God! therefore the children of men put their trust under the shadow of thy wings. They shall be abundantly satisfied with the fatness of thy house; and thou shalt make them drink of the river of thy pleasures. For with thee is the foun
Read more