For the past few weeks, the Sacred Flame has been reignited in me to re-address my Friary Work.

I've been writing a lot of material and emails and general musings, all about the Friary Work. And as I've been doing that, I've been thinking a lot about the language I use. As a magician, the words have meaning, and choosing them carefully affects the outcome of the process in which I'm engaged. 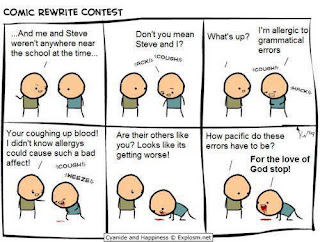 That got me thinking about the word 'Work'. In English, the word work can have some bad connotations: Something you are doing that you must do, something that takes a great deal of effort, labor, something you do in exchange for payment or gain.

And we know language shapes the way we think. The following video gives examples of that.

Perhaps my efforts in the Friary realm should not be considered work, but perhaps the Latin source for the term, Opus.  We are engaged in the Magnum Opus, the Great Work, after all. And Opus has totally different connotations in English, as well, referring to a creative endeavor.  Opuses are usually creative musical and artistic works, and it is the root of the word 'Opera'.

Or perhaps the term 'Aspiration' is a good one, as it's a goal, an effort, that has the wonderful root word of breath, meaning breathe into. To me, this brings into it the idea of the Creation of Genesis, when Elohim breathed upon the face of the waters, and created the world. It also contains the idea of striving, of reaching for a higher goal, which I think encompasses what I'm trying to do in the Friary.

Posted by Monsignor Scott Rassbach at 11:59 AM

You can visit my Amazon Store Here!

Donations go to support the Apostolic Johannite Church in our goal of producing educational religious materials, and to support our prison ministry. I do not receive a salary nor any financial remuneration for dontations received. Thank you for all your donations.